Do you remember that I had a plan?

It’s been scantly more than a year since I rolled along the dusty roads in and around Montalcino searching for Azienda Caprili. I’m reflecting on what turned out to be an amazing day because back then I tasted a range of new wines with winemaker Giacomo Bartolommei; including his newest wine called Settimia.  Named after Giacomo’s great grandmother, Settimia is 100% Vermentimo and that’s relevant because today I’m reporting on another new wine, which in a sense, could be Settimia’s alter ego.

Both wines are 100% Vermentino, but that’s where the similarities stop. Settimia is produced entirely in stainless steel with grapes from Maremma. The Caprili Bianco is produced only with grapes from the Sant’Antimo DOC near Montalcino and spends 10 months refining in barrique. This accounts for it’s recent release, whereas the stainless steel produced Settimia was already bottled last year at the winery.

The 2016 Settimia is 100% Vermentino and is lively and fresh.  Initially the wine is somewhat restrained on the nose but more aggressive swirling brings lemon peel, lemon wax and white flowers to the fore.  Crisp, zesty and clean, this is light to medium bodied and would work well with delicate fish dishes or antipasto.  I think 30 minutes in a decanter would be beneficial here.  Just take care to ensure the wine doesn’t warm as it sits.  87 points 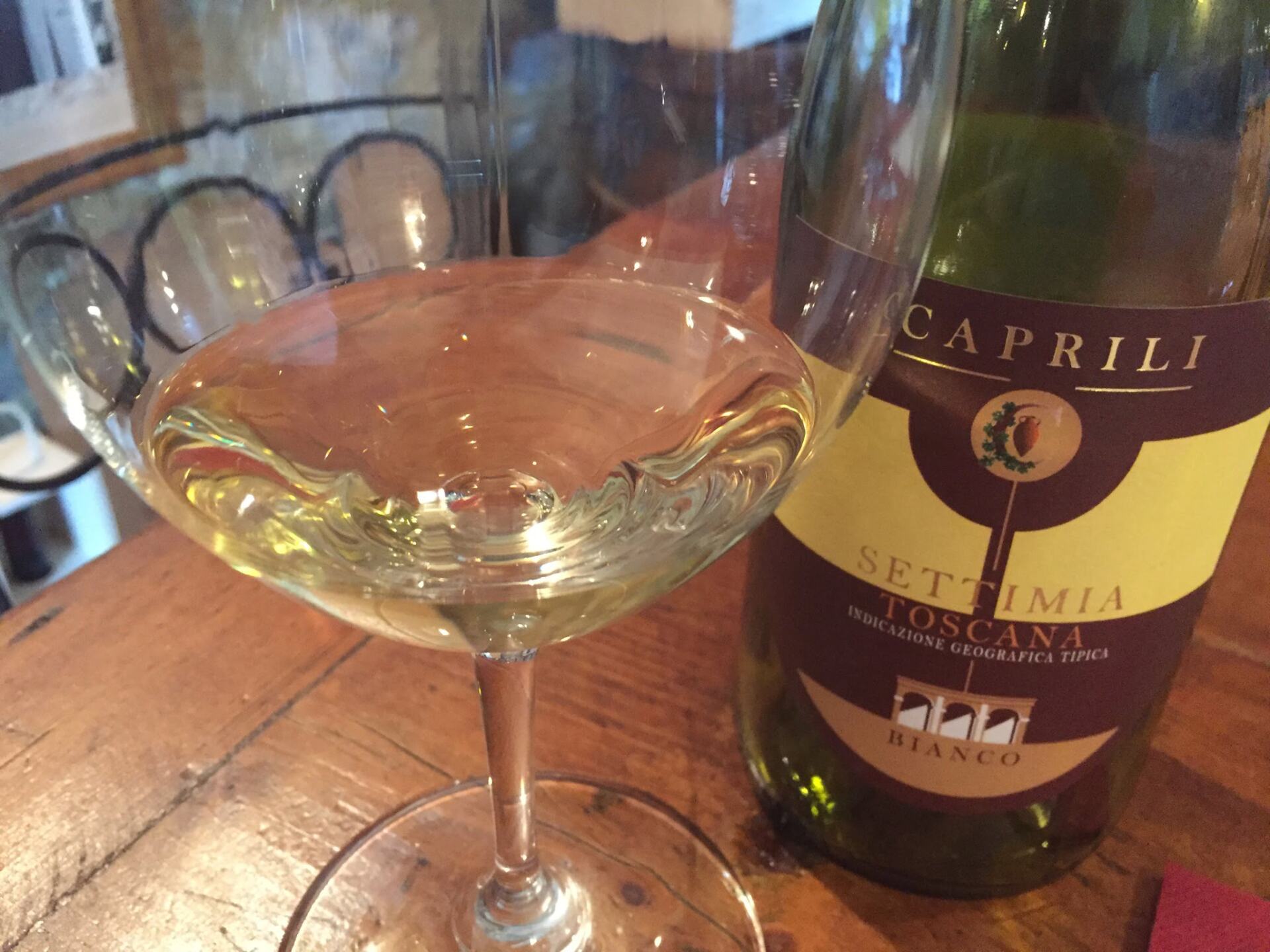 ~ The barrel aging cellar at Caprili shows off several different sizes and shapes of barrels. The smallest one, called a Caratello, is used for aging the Montalcinese dessert wine; Moscadello ~

The 2016 Caprili Sant’Antimo Bianco is a great example of how differently the same grape can behave depending upon how the winemaker treats it. I can likely hear some people moaning disapprovingly at the idea of barrique aged Vermentino, but the oak influence on this wine was one more of body than of flavor.

The 2016 Bianco is a pale golden color.   Unfiltered, it has a slightly cloudy aspect to it. Right from the start you would never mistake this for Settimia. On the nose, the wine has exotic ripe notes of melon, mango, and gardenia flowers. On the palate, cantaloupe, apricot, and pineapple flavors dominate a wine that boasts a degree of viscosity and body unlike it’s stainless cousin. There’s no butter or cream nuance here, just a slightly rounder texture rather than a crisper, delineated nature to the wine. This paired well with Burrata and Tomatoes and also crostini layered with goat cheese and yellow roasted peppers. Being a bit more substantial, it can stand next to more robust antipasto whereas Settimia works better with lighter dishes.   Oak…like Slow Hand said: “It’s in the way that use it”. 87 points. 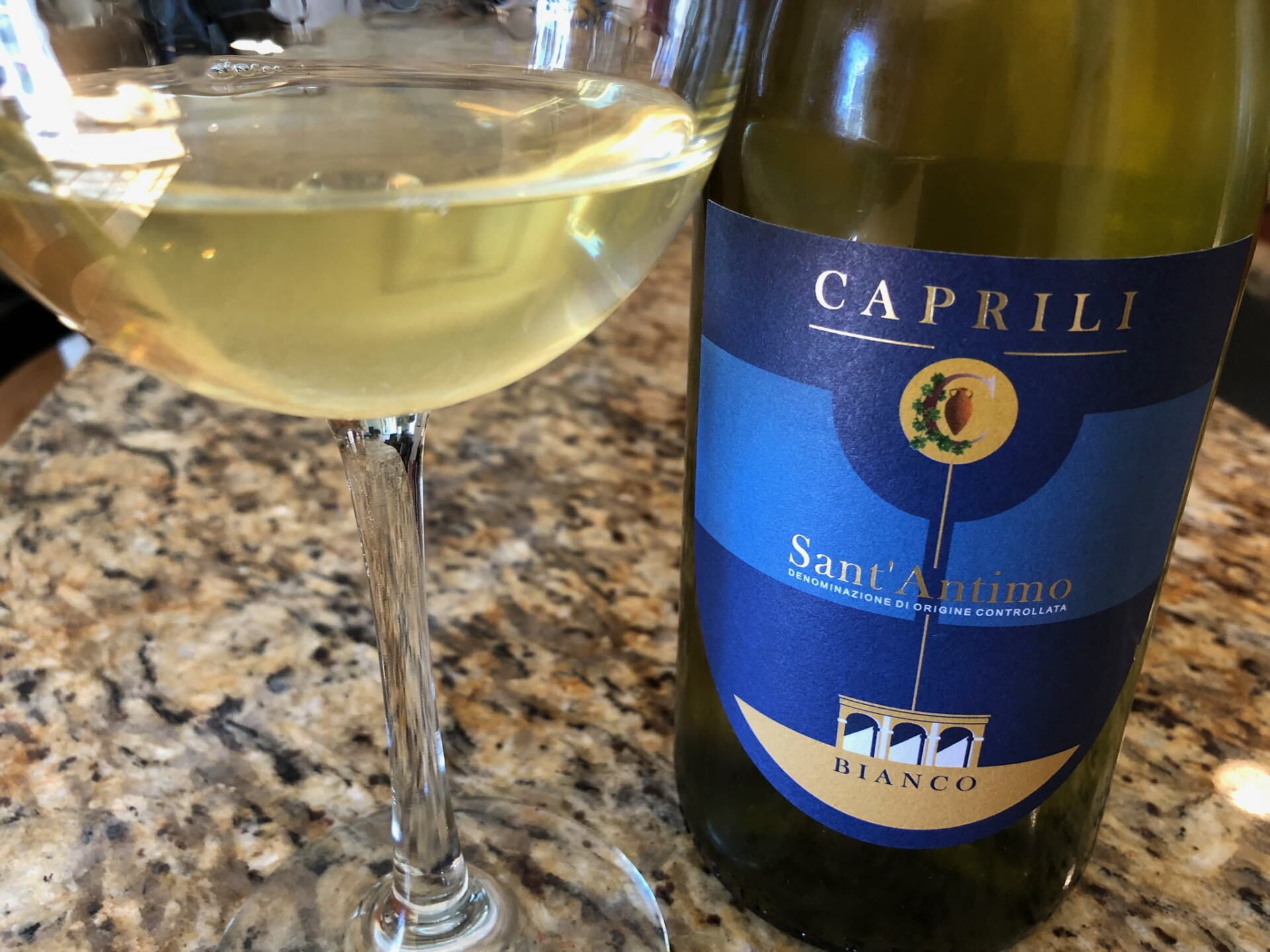 ~ I think the success of both of these wines depends upon what they’re paired with. With shellfish or raw oysters, go for Settimia. With cheeses or even delicate fish, go with the Bianco ~