~ Flaccianello is an iconic Tuscan wine that deserves its reputation ~

The Fontodi winery rests on the Conca d’Oro in Panzano.  Nearby, the small church whose cross graces the Flaccianello label stands as a sentinel to travelers coming into the region.  The Church, or Pieve, is a reminder of what God and Mother Nature have bestowed upon this special place.  It’s an ideal winemaking enclave.

Since 1968, the Manetti family have run this exceptional property which extends for over 130 hectares.  However, despite the estate’s prominence, only 80 hectares are devoted to vineyards. Similarly, Giovanni Manetti is devoted to Sangiovese. Almost 95% of those vineyards are planted to the historic Tuscan grape. Today, the estate is fully organic and biodynamic.

Manetti leaves nothing to chance in producing his wines. He told me he believes that “the land is a gift, from God and nature and that he has a moral obligation, a duty even, to cherish and honor what the land provides.”

It’s been a little over two years since I checked in on Flaccianello 2012.  It was special then and frankly, in looking back on my last review, I’ll say little has changed.   In fact,  the consistency is impressive and extends back to the first time I tasted it in 2017.

In addition to Father’s Day, yesterday happened to be my Anniversary.  As a result,  I was recreating a meal that my wife and I had in Tuscany on the first night of our honeymoon.  (Yes, I’m a romantic sap)  We were exhausted.  After the overnight flight, we arrived in Rome only to realize that the airline had left my luggage in Copenhagen.  It took several exhausting hours in the Rome airport to get the proper papers filed and by the time we took possession of our rental car, we got to our Villa in Tuscany around 6PM instead of the planned Noon. Travel is never dull!

Here is the dish from Tuscany and the second is mine. 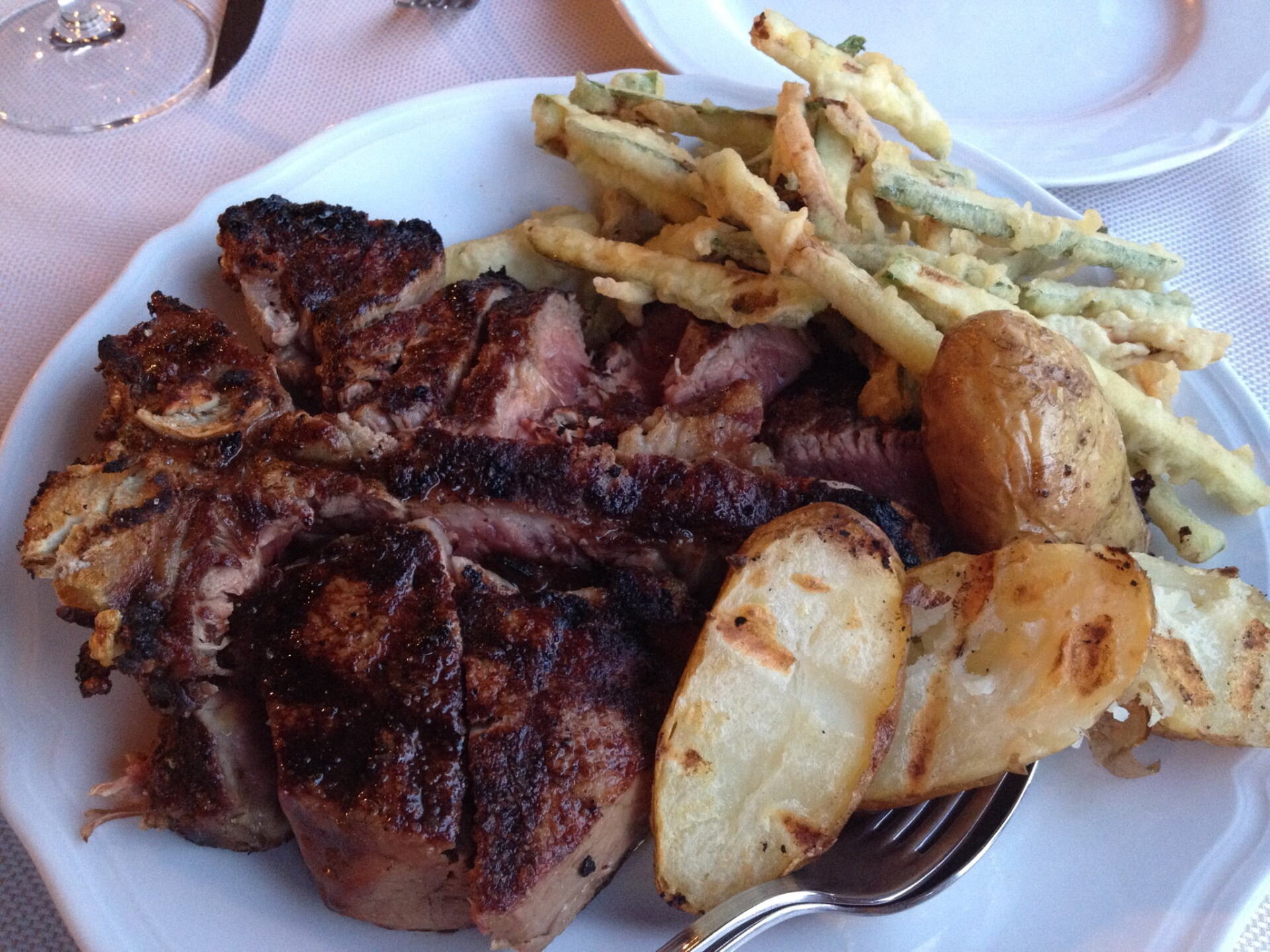 ~ The dish from Taverna Vagliagli ~ 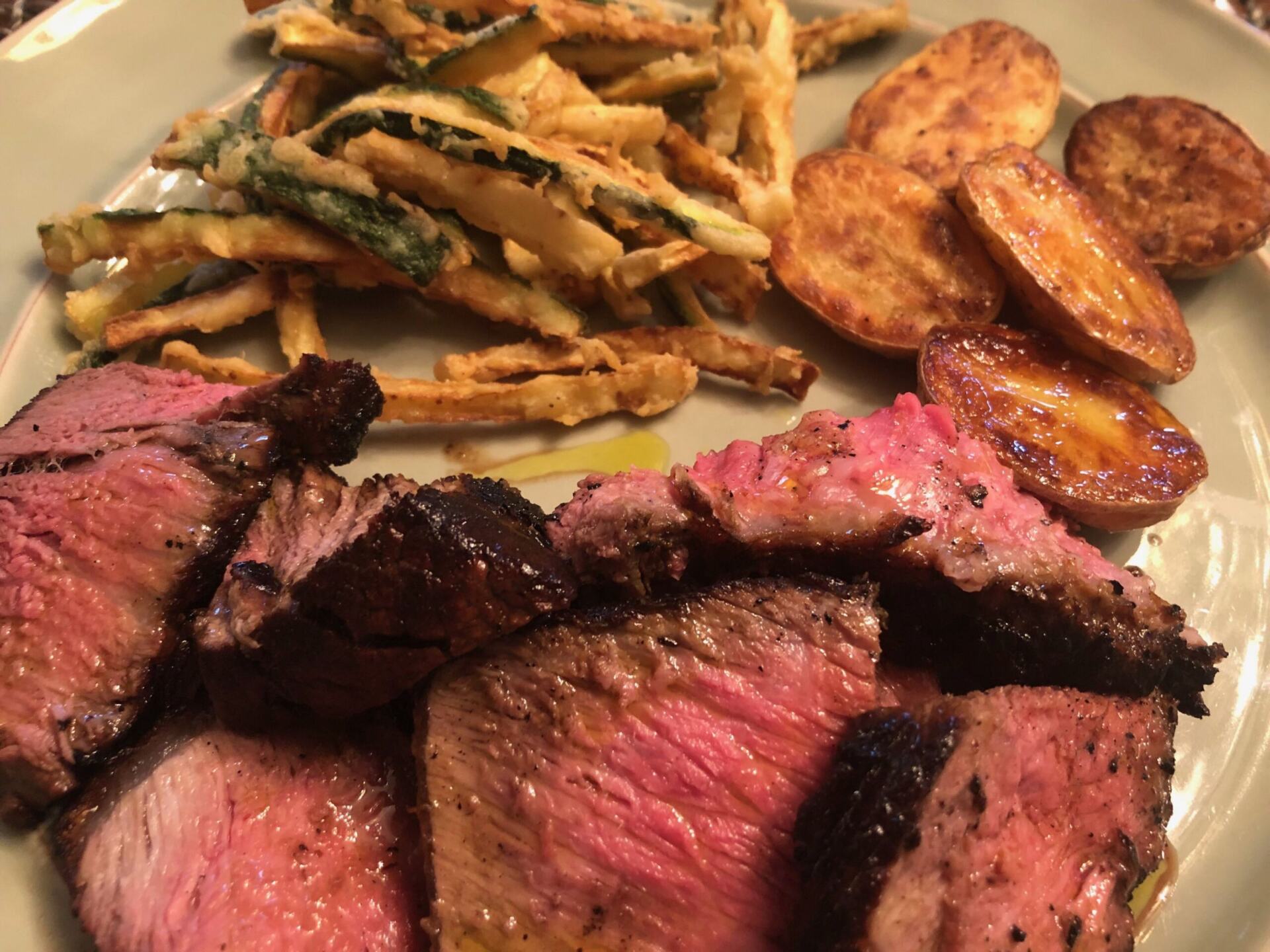 ~ This the dish we had for Father’s Day / Our Anniversary ~

But, onto the vino… 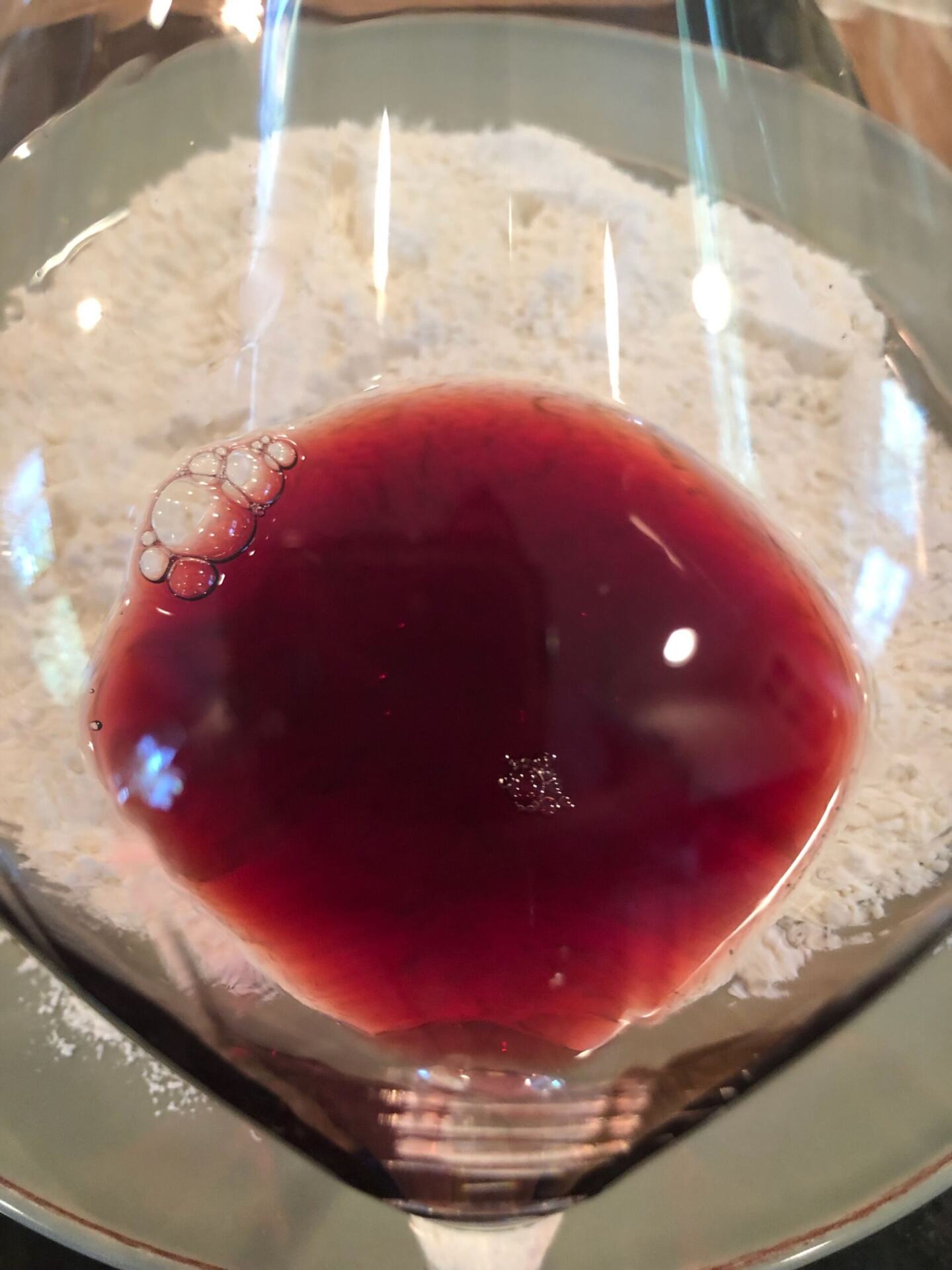 ~ Along with the steaks I was making Zucchini Fritti which were amazing – just as we had in Vagliagli. This is the Flaccianello against the flour. Not a lot of color evolution yet ~

The 2012 Fontodi Flaccianello continues to impress.  I decanted the wine for an hour before dinner but I really don’t think the wine needed it.  It was aromatic from the start and very well balanced.

Deep ruby, it is only just starting to take on some evolution to its color.  On the nose, the wine begins with plenty of crushed wild berry that leads to cigar tobacco, soft wood notes and Tuscan herbs.  Spices follow on the palate with juicy, ripe berry fruit that runs a savory, mouthwatering edge.  Tobacco and anise notes play supporting roles.  This bottle was the first that showed a slight note of being overripe but it wasn’t distracting in any way.  Not the greatest of Flaccianello, but a truly wonderful Sangiovese.  94 points.  Find this wine.

~ Flaccianello is simply one of Tuscany’s greatest Sangiovese ~

In the near future, I’ll be laying down the recipe for the Zucchini Fritti.  It was pleasantly easy and the results were amazing.  Stay tuned!

The feedback from the 2022 Rustic Tuscany Tour was